On March, 2021, SHADYLANES made their highly anticipated 2021 releases available on all streaming platforms. To much of the band’s surprise, one of the tracks uploaded titled ‘Headlock’, was immediately selected by Spotify curators to be placed on the internationally recognized ‘Just Rock!’ editorial playlist alongside international heavyweights such as Imagine Dragons, Machine Gun Kelly, AC/DC, Yungblud, NOFX, and many more.

“It’s amazing how our DIY song that was recorded, mixed, and mastered in my small apartment is standing up next to other tracks by artists on multi-million dollar budgets in multi-million dollar studios”, says Nache Chan, SHADYLANES’ bassist and producer. “A milestone moment indeed, at least in my opinion!” 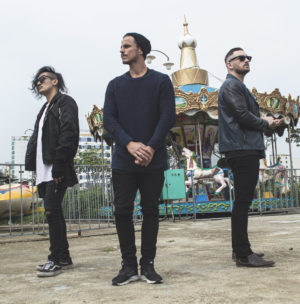 Every day, an average of 60,000 songs are uploaded to Spotify, with the majority of them being submitted to the company curators for editorial playlist consideration. Most, if not all, independent artists distributing their music on the platform, strive for placement on any of Spotify’s internationally recognized playlists. Any independent artist that receives a placement alongside major label artists is generally guaranteed a huge spike in the streams their music will receive.

In April, 2020, SHADYLANES was due to record their studio debut ‘The Happening’ in Thailand with world renowned ARIA nominated and Platinum awarded producer Shane Edwards (Hans Zimmer, The Libertines, Northlane, Getsunova) which was postponed due to the global pandemic.

Thanks to Vietnam’s successful management of COVID-19, the band was able to independently record four songs and music videos under the album title ‘The Lockdown: B-sides from The Happening’, release an English cover of BLACKPINK’s ‘Lovesick Girls’, followed by a hefty commitment to record and release a song every month in 2021 until the commencement of pre-production for their studio debut.

The Vietnamese audience has been growing with SHADYLANES’ presence both on stage and online, with public interest escalating in January, 2020, due to their cover of ‘Mượn Rượu Tỏ Tình’ by BigDaddy x Emily which garnered nearly 30,000 views on Facebook and over 16,000 views on YouTube. Their cover even grabbed the attention of BigDaddy himself who commented on the video, “I love this cover. Thank you guys”.

“As a band, we’re devoted to growing our brand and skillset to higher levels with each and every new release,” says Chan. “We’re adamant about keeping things rolling while the world is shut down which means recording, producing and mixing all our material in the confines of my apartment”. 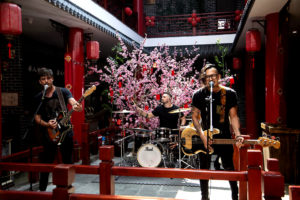 So far the band has been recognized by international publications such as Mycitybynight, Scoop Magazine, and NZ Mag, with local recognition from the likes of VTV, and Duong Cam’s Bandland Channel. SHADYLANES has also been mentioned by the likes of YouTube star GuitarZero2Hero, who boasts nearly 1 million subscribers, for their rendition of Lovesick Girls.

Now with the backing of Spotify’s official tick of approval, SHADYLANES have their sights set evermore on earning further international traction, with plans to bring their signature sound to the rest of the world in due time.