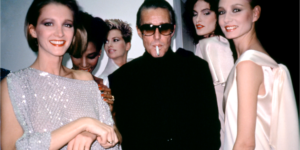 Halston, the American fashion designer whose body-freeing, pared-down take on luxury – kaftans, halter dresses, and acres of Ultrasuede – which signed the defining look of the 1970s, continues to captivate. Is it because his career still feels so contemporary, whether in terms of his aesthetic or business strategy? Because he went from anonymity to high-flying celebrity? or because Halston defined the 1970s with a delicious blend of sex, glamour, and luxury? Whatever the reason, Halston is more than never timeless. In the Netflix series Halston, Ewan McGregor’s Roy Halston says, “You can never have too many muses,” and that was true, he had a lot of them: Liza Minnelli, Elizabeth Taylor, Bianca Jagger, Elsa Peretti, Karen Bjornson, Pat Cleveland, etc. They all championed the designs that made Halston (Roy Halston Frowick) famous. “The “Halstonettes” were a select group of models who were frequently seen with Halston traveling, attending galas with him, and inspire his creations. Though he was frequently photographed with celebrities, it was the Halstonettes who accompanied him the most, often in coordinating outfits he’d custom-tailored for them. To live in a world of champagne kisses and caviar dreams, check out our tricks and tips for nailing Halston’s muses’ signature looks. 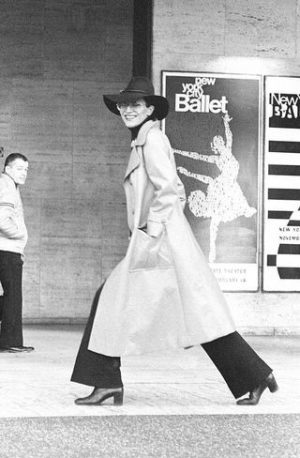 If any Halstonette embodied the easy-going glamour of Halston’s signature look, it was his co-collaborator Elsa Peretti. After all, she was the brains behind many of the accessories that made his designs so fashionable (like the perfume bottle for his fragrance, for example). To achieve the Peretti look, one must appear relaxed and well-accessorized. Consider wide-leg pants that accentuate a statuesque frame and a suede trench thrown over the shoulders. Remember to add some accessories like a perfectly wide-brimmed (but not too oversized) hat and sunglasses.

Who didn’t gasp when Halston changed Liza’s look with a simple red halterneck (one of his signature designs)? During their friendship, Minnelli frequently wore matching sets and two-piece outfits. Copy her look by wearing a drapey blouse with a matching pair of pants. Pair with platform sandals, and make sure your lashes are as full and fluttery as possible. 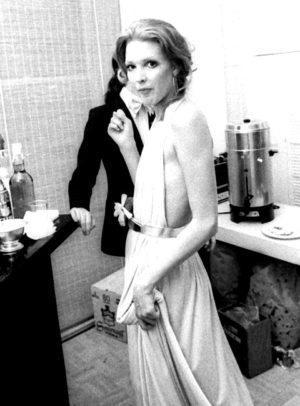 Halston changed the game not only with his fabric choices but also with his signature silhouette: the halter with a dramatic plunge (both in the front and in the back). Consider sex appeal and a skin that isn’t overly adorned. Cinch your drapey dress in a deep v with a braided belt, and add a clutch. The finishing touch: diamond hoops, and that’s it. 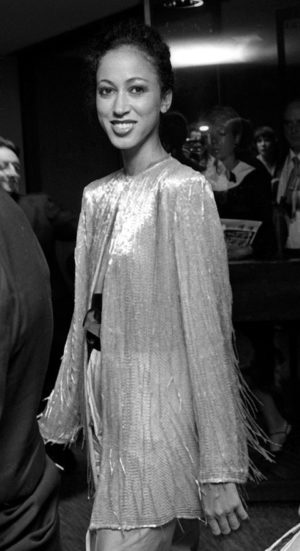 Your outfit should be dance-friendly if you want to look like Pat Cleveland. For that, you’ll need metallic fringes. Wear a beaded metallic tunic with slim white satin pants, chunky heels, and your best disco-glam makeup.

Bianca Jagger was a frequent wearer of Halston, and the former actress and designer were some of Studio 54’s most frequent guests. Her red sequin dress, with matching jacket and hat, is among one of Jagger’s (and Halston) most legendary outfit. As a result, choose a jersey gown in a metallic hue is a great way to get in on her aesthetic—it will catch the light as you move, creating all of the drama you crave. With classic stiletto sandals, a square clutch, and a Riviere necklace. Keep the rest of the outfit simple. 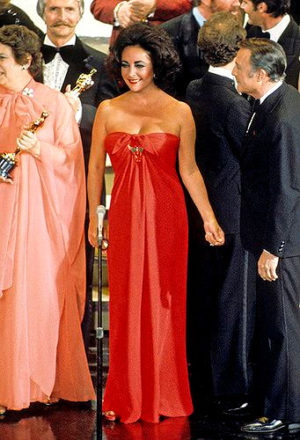 Elisabeth Taylor at the Oscars in 1976 was wearing a red floor-length gown dress made by Halston, one of its favorite designers and friend. If it’s Elisabeth you are channeling, then think body-skimming silk chiffon caftans, jersey wraparound dresses covering the body fully, wrapping, draping, and twisting it sensuously. The finishing touch: an art nouveau brooch. Who said glamorous had to be bling bling? 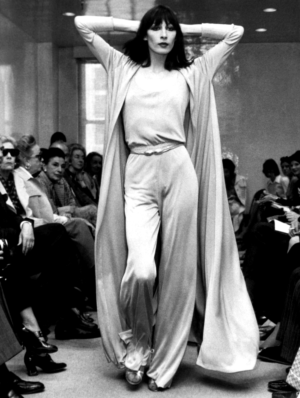 The American model was a regular on the runways of Halston in the ’70s. After a few minor film roles, Anjelica moved to New York in 1969 to pursue a modeling career, where her distinct appearance and elegant aura quickly earned her photoshoots in the pages of magazines and to become Halston’s muse. Wear a slinky jersey set, formal but not too formal, to channel Anjelica Huston, with glam party shoes and black eyeliner to complete the look.

Alva Chinn, who paved the way for African-American supermodels, (She featured in The Battle of Versailles Fashion Show held by Halston on November 28, 1973, in the Palace of Versailles in France), Halston’s clothing represented “elegance and ease, offering to their wearer a sense of ownership.” Our tip: Choose a plunging sequin halter dress with makeup that enhances your beauty. Maintain a healthy, glowing complexion with swirls of vibrant blush and highlighter dusted on the cheekbones. To accentuate the eyes, pair soft, delicate brows with shimmering pastel shadows and mascara swipes on the top and bottom lashes. No eyeliner and no false lashes! Maintain a dewy pout in pink and peachy tones, finished with a high-shine lip gloss.